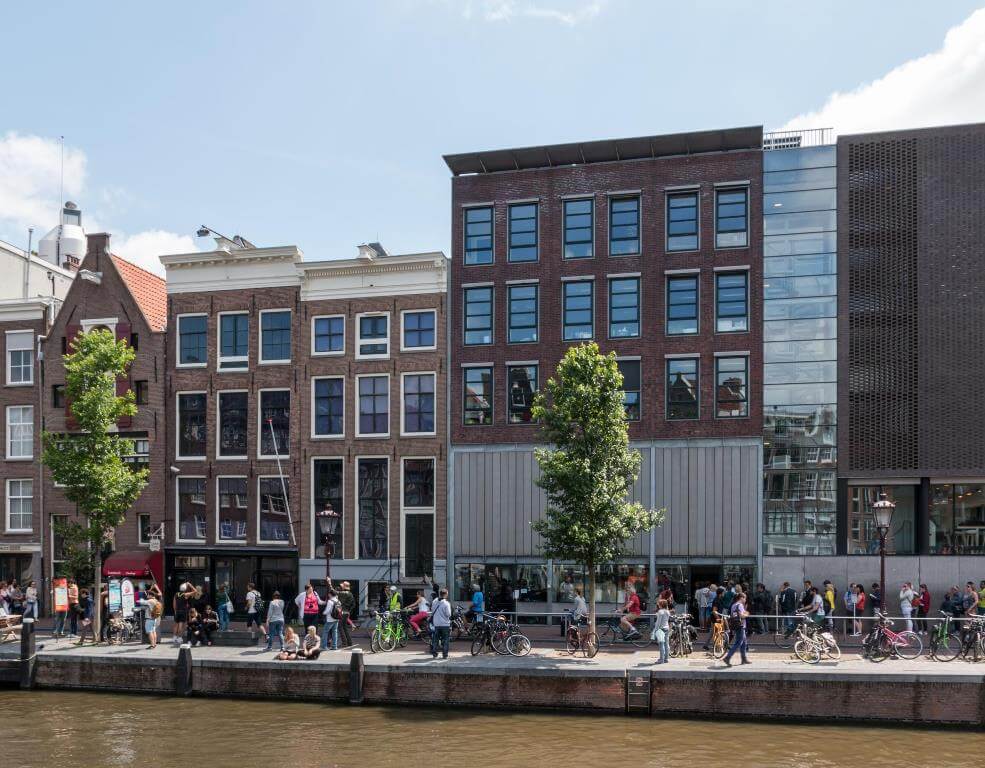 The house and museum in Amsterdam that served as a shelter from the Nazis in World War II for Jewish girl Anne Frank and her family is one of the country’s top attractions. Buying Anne Frank house tickets is a must if you’re visiting Amsterdam.

How to Buy Tickets

Tickets for the Anne Frank Museum are only available online and sell out well ahead of time. It’s highly recommended that you buy tickets for at least 2 months in advance and for a particular time slot.

80% of tickets for any date are released exactly two months in advance. The remaining 20% are released on the day. However, the Anne Frank House tickets are not sold at the door.

Up to 14 tickets can be bought in a single booking and under one name, provided that person is present during the visit.

Be sure to check the museum’s website for days when the museum is closed.

The Story Behind the Anne Frank Diary and the Museum

The diary, which turned into the bestselling book, “Anne Frank: Diary of a Young Girl”, was written over two years while Anne was in hiding at the house and eating food smuggled in by sympathizers.

Anne Frank mostly sat in silence in the house’s secret annex (achterhuis), which museum visitors can experience for themselves.

Anne Frank was mysteriously betrayed and sent to Nazi concentration camps along with other family members. Her father Otto Frank, the only Frank who survived the war, returned to the empty house from Auschwitz in June 1945.

Anne Frank’s diary was first published in 1947 and by 1960, the Anne Frank House opened its doors as a museum, but at Otto’s request, the annex stayed empty.

You’ll experience the Anne Frank story through quotes, photos, videos, and original items in the authentic and subdued atmosphere of the museum.

In the museum, you’ll see the original red-checked diary that Anne Frank received for her 13th birthday in 1942. Also on display are notebooks filled with quotes that Anne Frank copied down and short stories she had thought up.

You’ll also see the secret hinged bookcase that was specially built to hide the entrance to the secret annex where the family hid from the Nazis.

The Anne Frank House aims to show what happened during the Second World War and the Holocaust while offering insights for visitors on how this could have happened and what it means for us today.

Otto Frank is said to have wanted the house to be preserved and opened to the public to ‘learn lessons from history’ rather than ‘learning history lessons’. He did not want visitors to reflect on the suffering of the Holocaust but wanted to inspire them to actively combat prejudice and discrimination.

You can also relax at the museum’s cafe and browse the museum store, where copies of The Diary of Anne Frank are on sale alongside other publications.

How to Find Anne Frank House 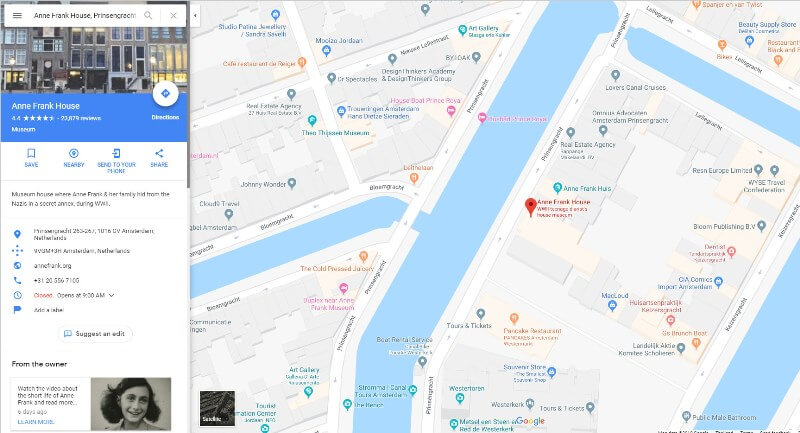 Use tram routes 13 and 17. Disembark at Westermarkt and walk 130 meters along the canalside.

So be sure to buy Anne Frank House tickets today to experience first-hand one of the most touching stories of World War Two.

Thank you for voting!